Although situated in the heart of Tokyo, the Yoyogi area retains much of its natural environment. The area is also home to numerous properties belonging to the client who engaged us to design this office building.

Given the site’s visibility from the train station, we opted for a design that incorporates open space on the eastern (station) side to emphasize the abundant natural features of the Yoyogi area. Yoyogi was named after a great fir tree that stood in the area for generations. Our design also sought to create a ‘tree’ that would serve as a local symbol. Borrowing the ‘Y’ from Yoyogi, we created the undulating patterns that give the building its three-dimensional frontage.

Combined with the beauty of recurring geometric patterns, these angles capture changes in light in a way that transforms the façade’s appearance according to the season or time of day. To maximize the amount of reflected light captured, the northern face comprises a glass curtain wall with custom-made, ultrathin sashes (45mm) for enhanced transparency. On the south side, we used extruded cement panels and vertical stripes of glass to mitigate direct sunlight, as part of efforts to reduce the building’s environmental impact.

The result is a building that offers a different aspect with each façade. We arranged the building’s conference rooms on floors 1 and 2, with floors 3-7 consisting of offices. To accommodate greater foot traffic, an outdoor staircase provides direct access from ground-level to the 2F conference hall. This is part of a design that incorporates smooth flow-planning alongside unique elements that enhance the presence of the building and park.

In creating the Yoyogi Central Park plaza on the station side of the building, we sought to provide an opportunity for future developments on adjoining sites. Our design embraces and expands on the image of Yoyogi that has been cultivated by the client.

(Designed in collaboration with UDS.) 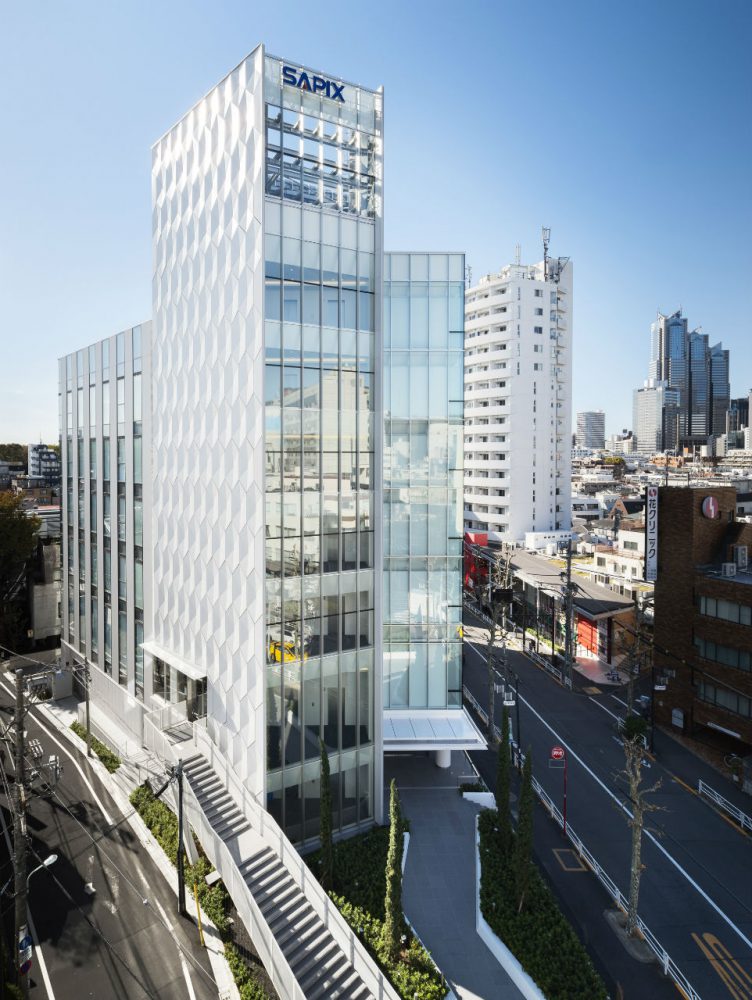 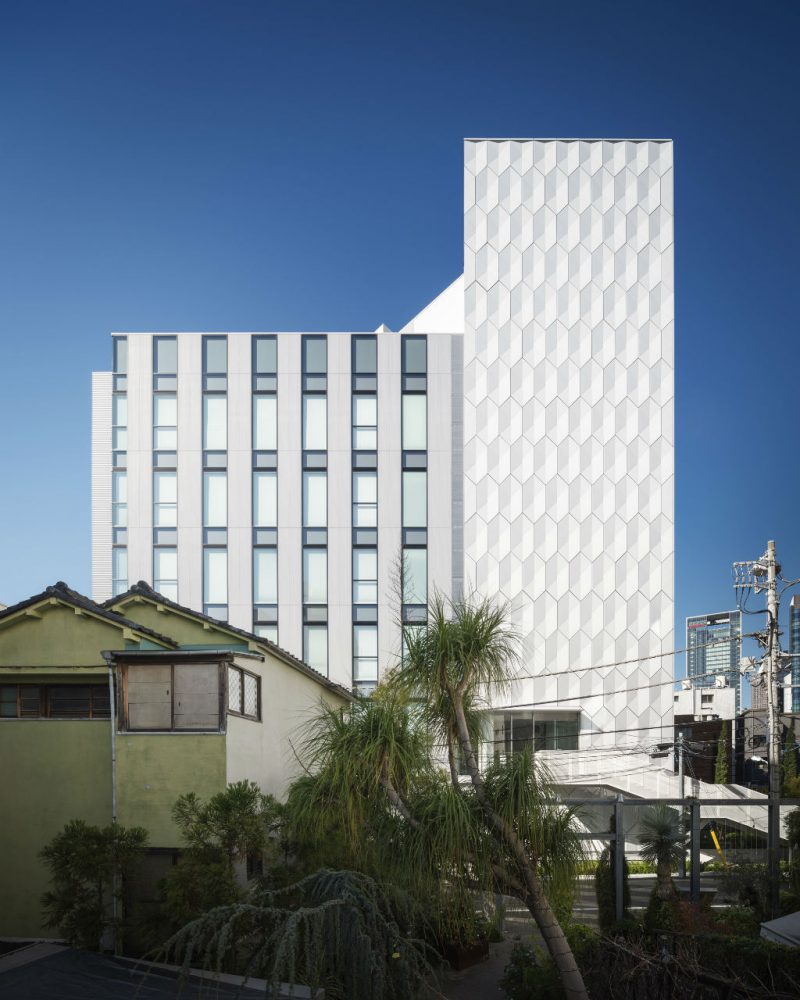 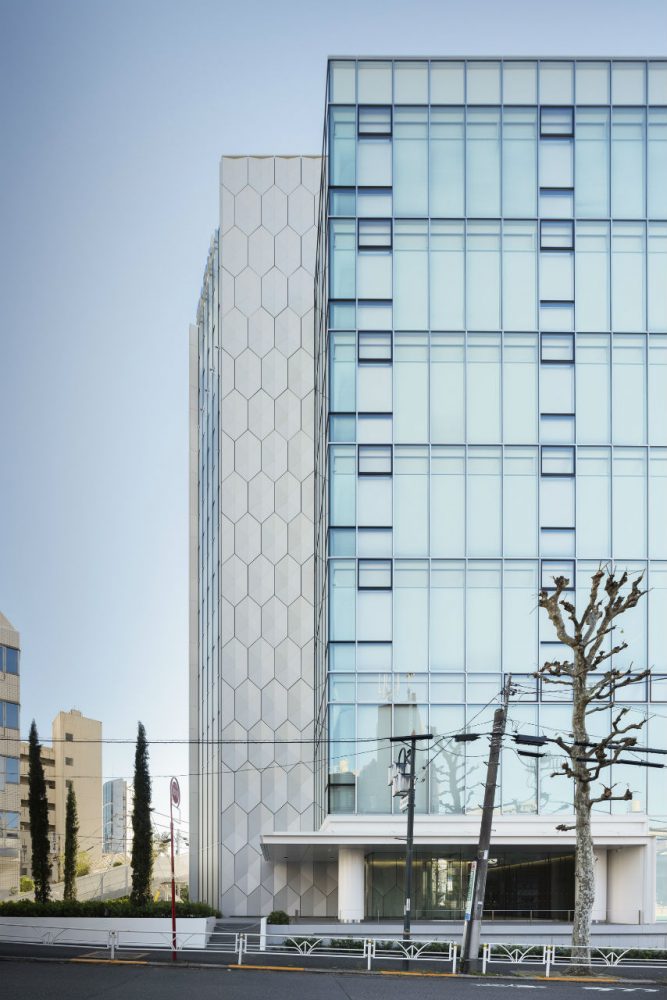 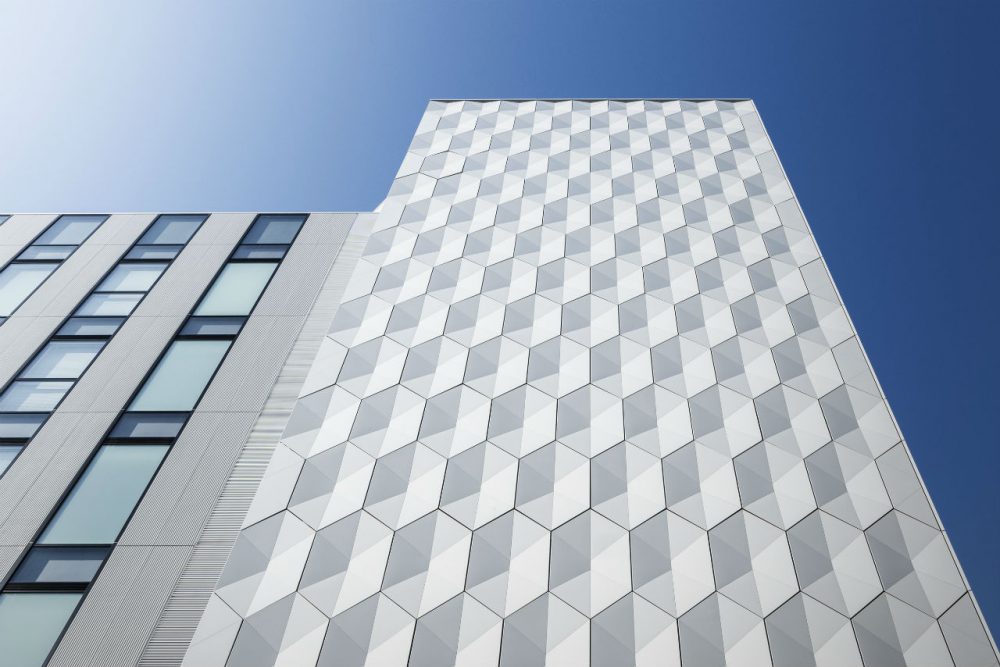 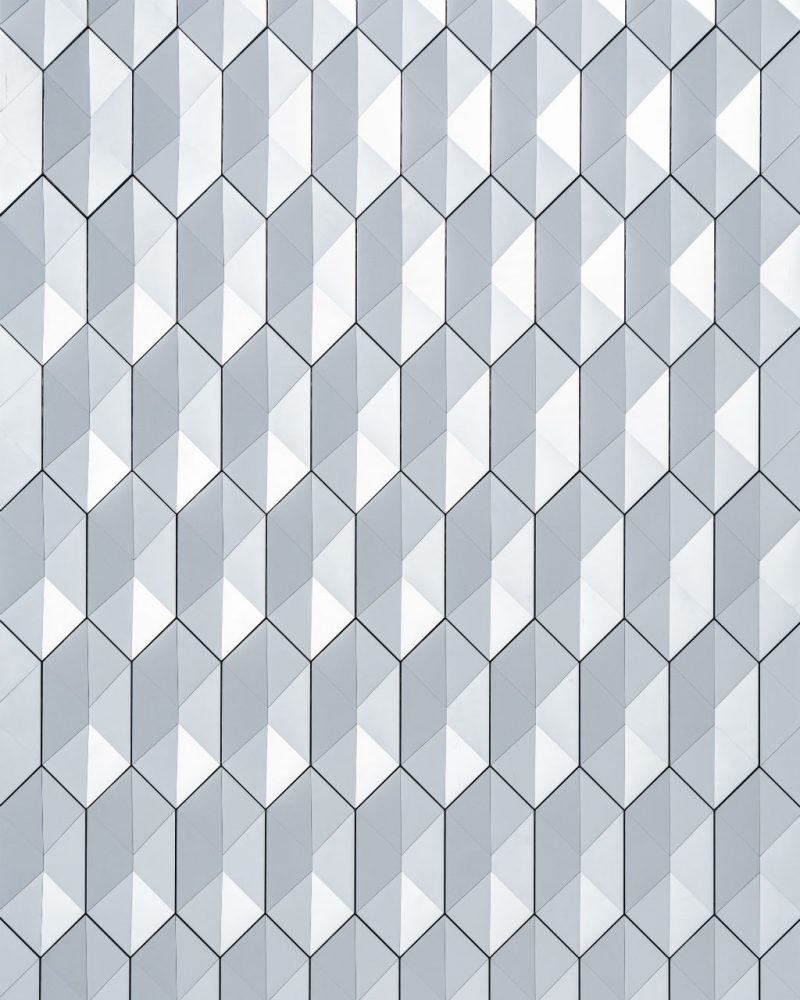 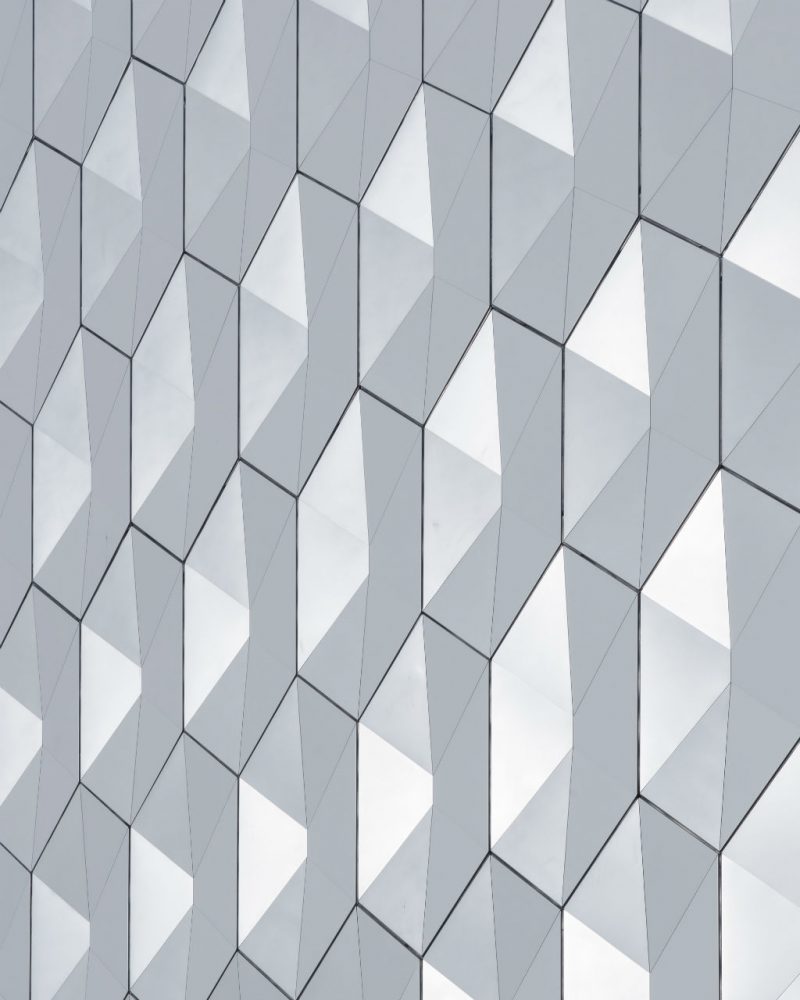 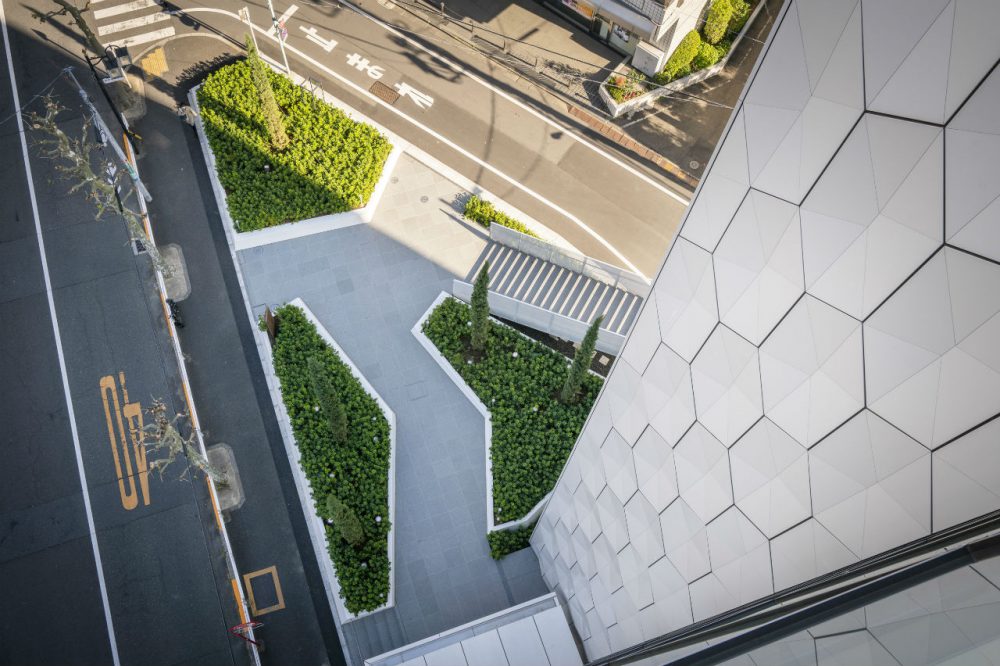 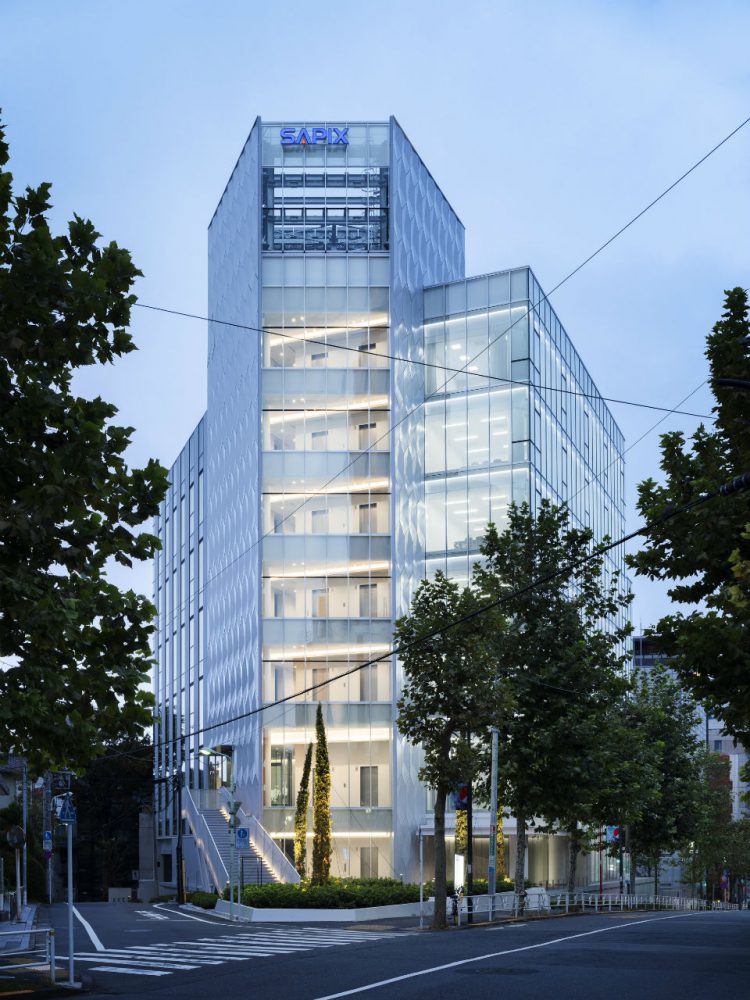 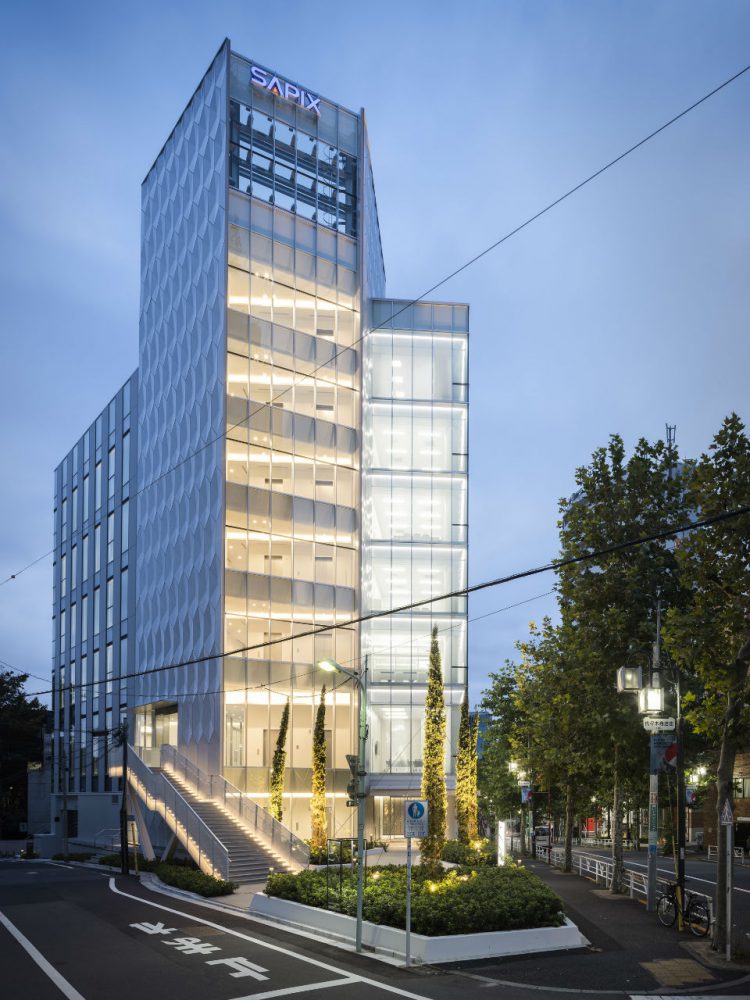 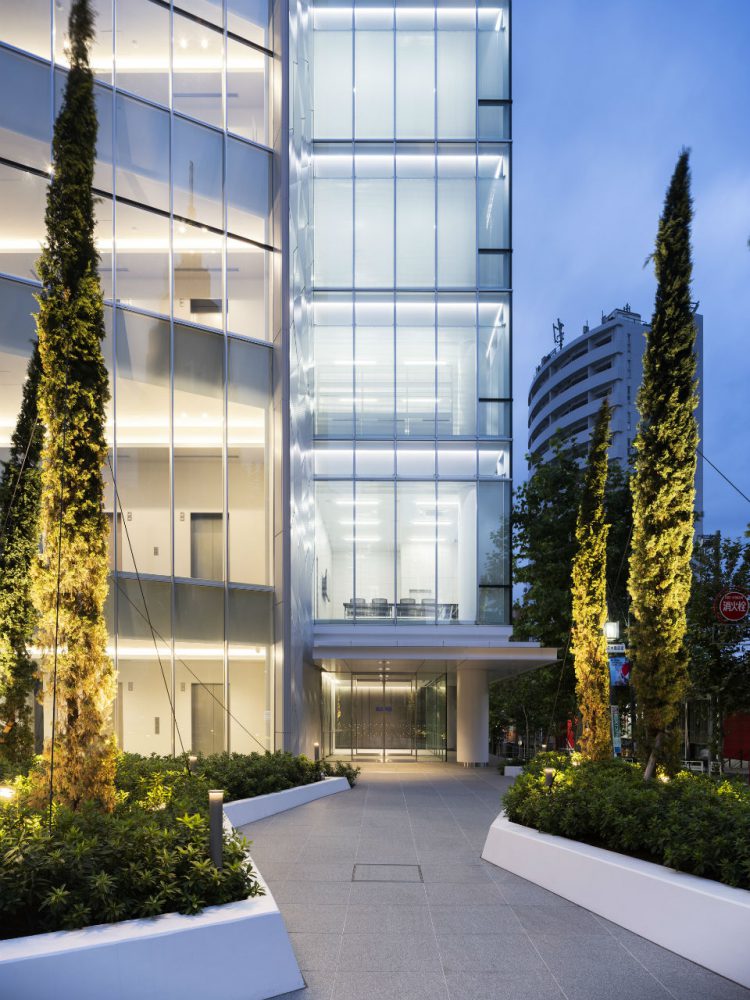 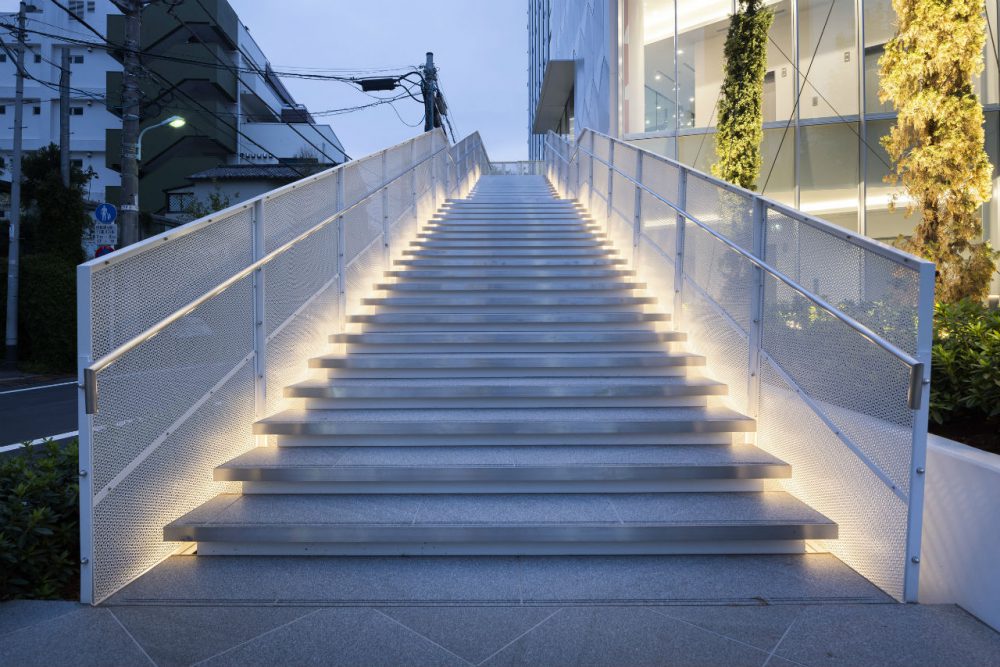 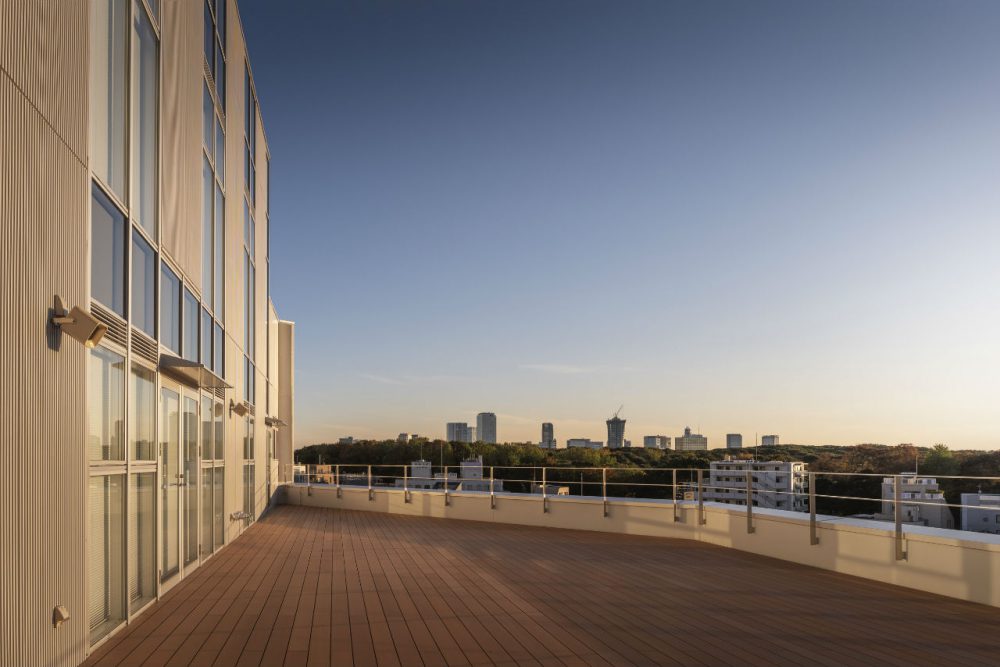 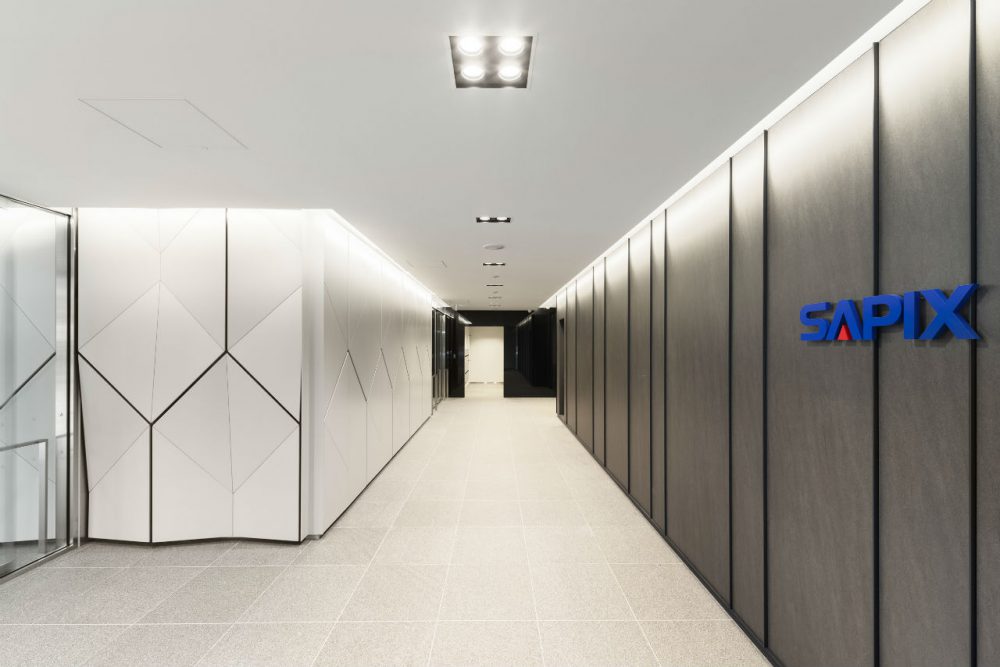 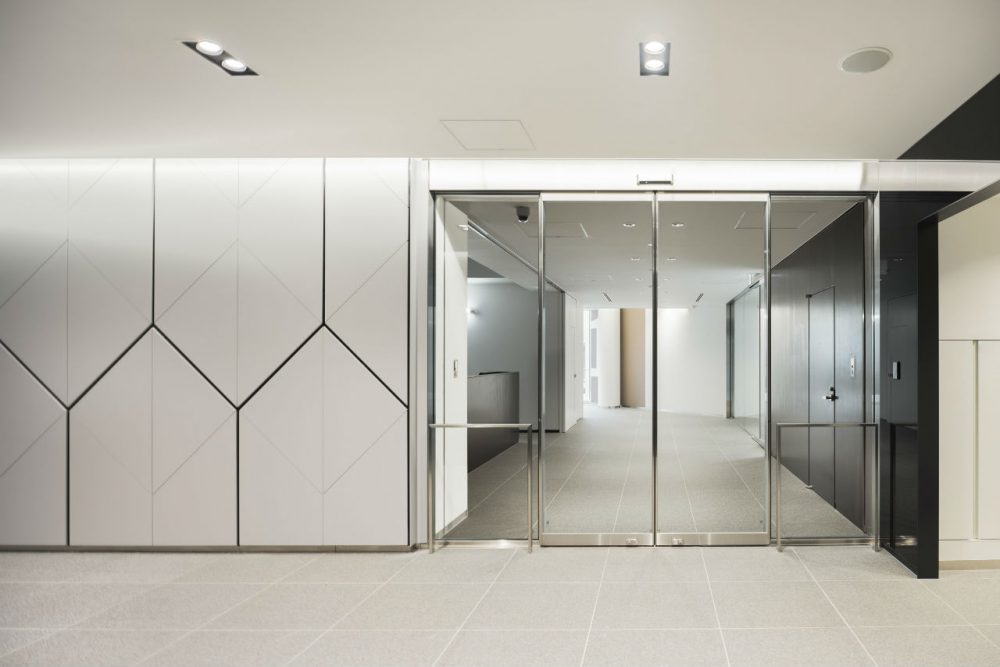 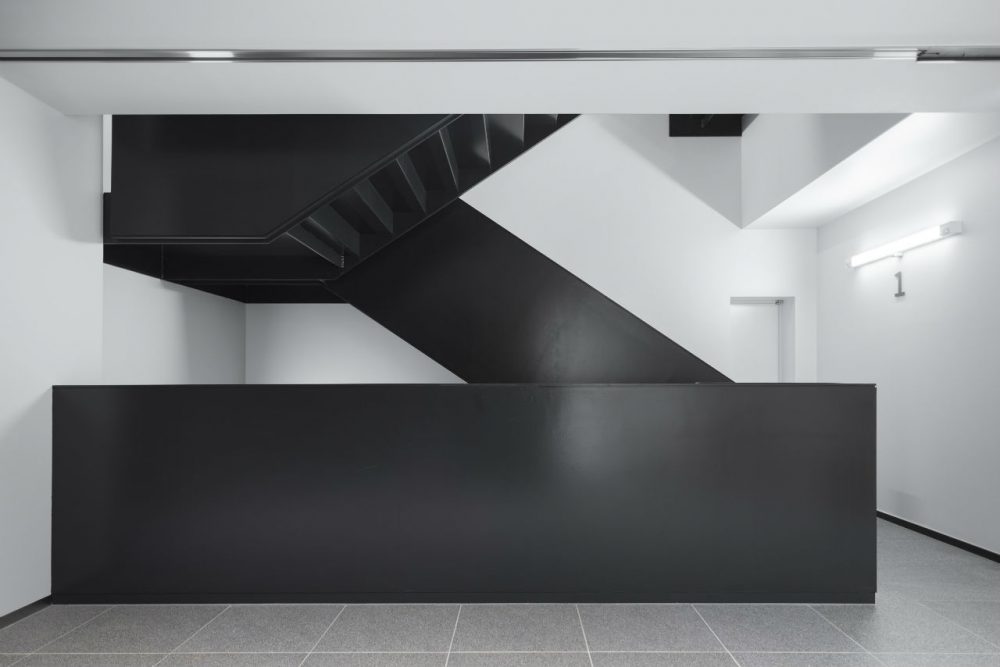 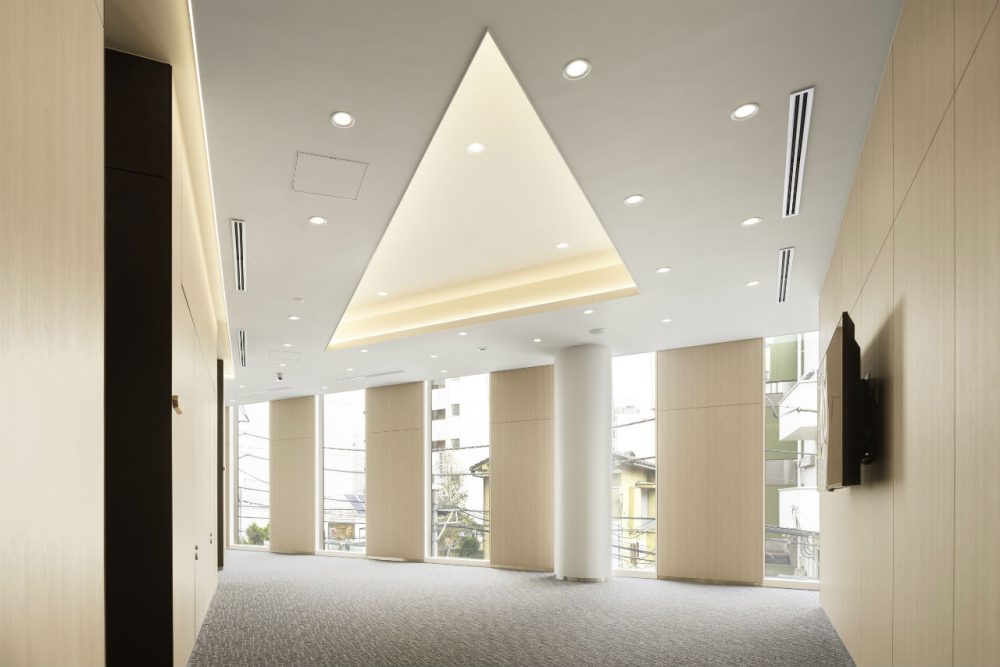 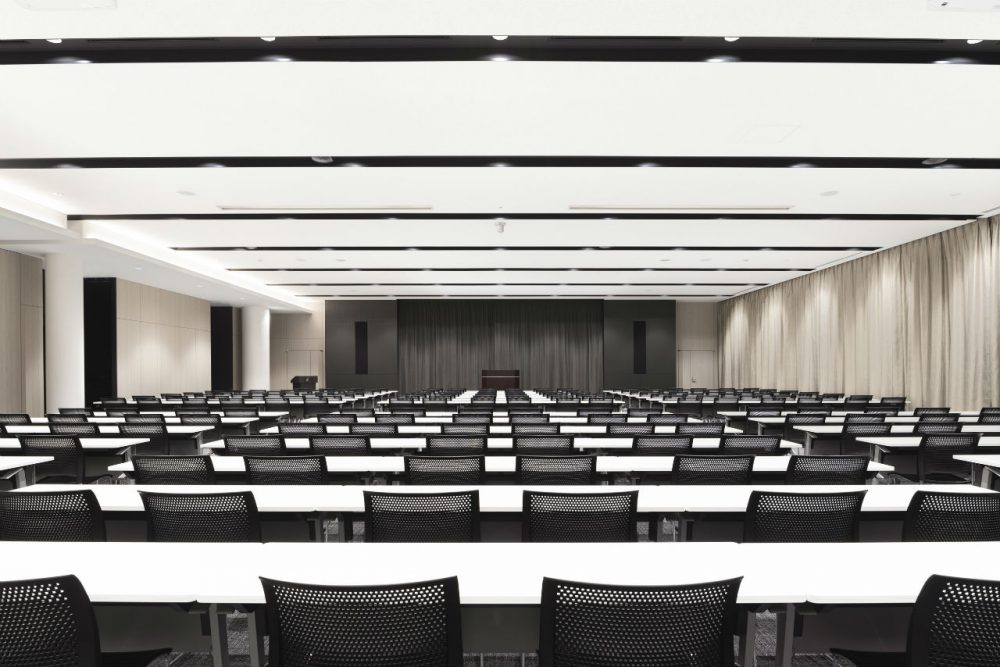 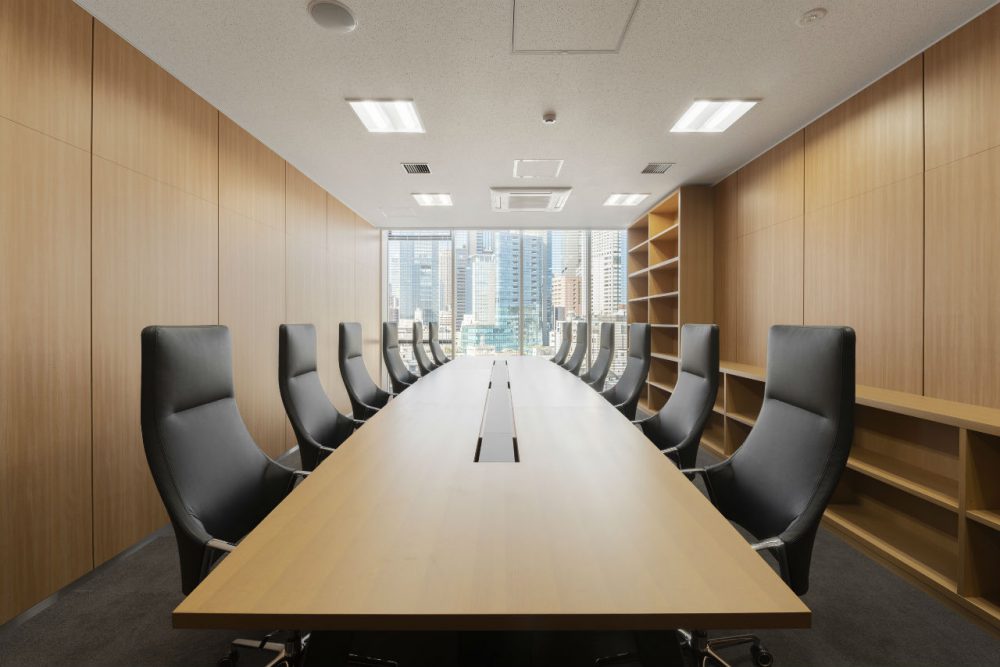 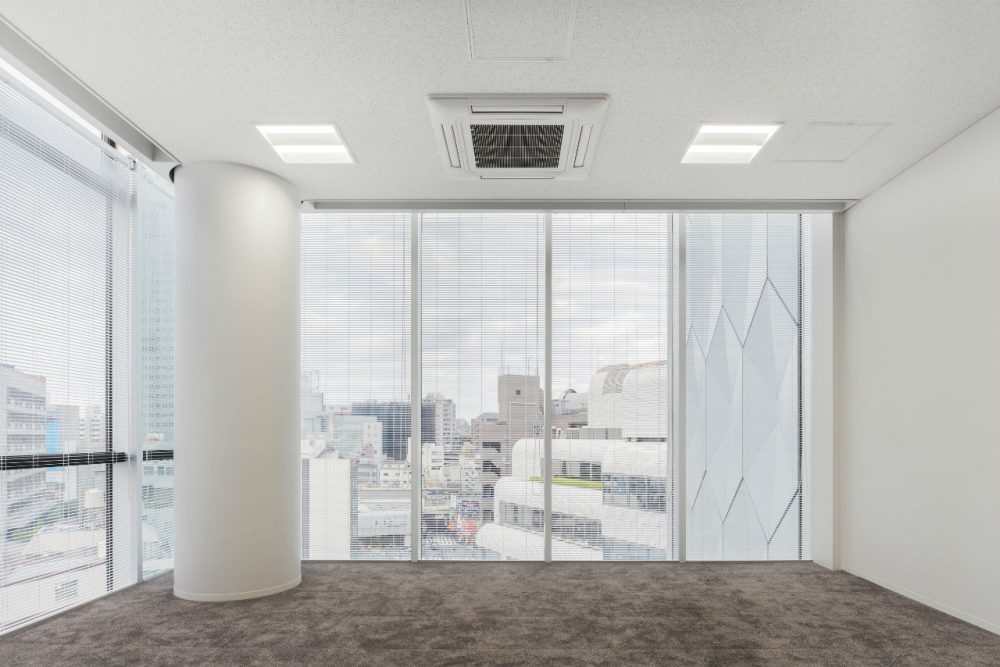 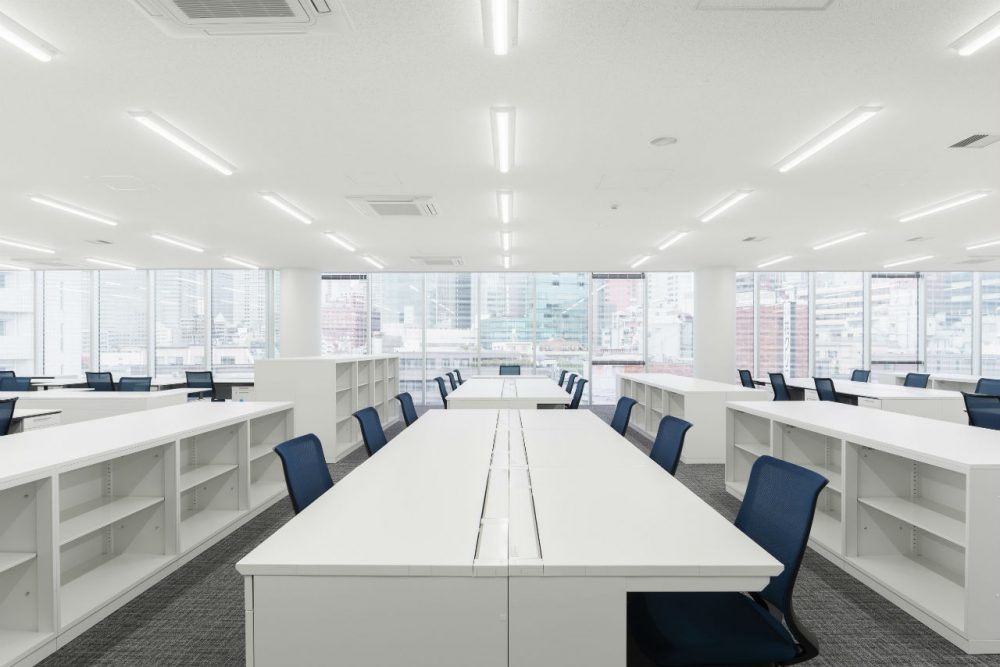 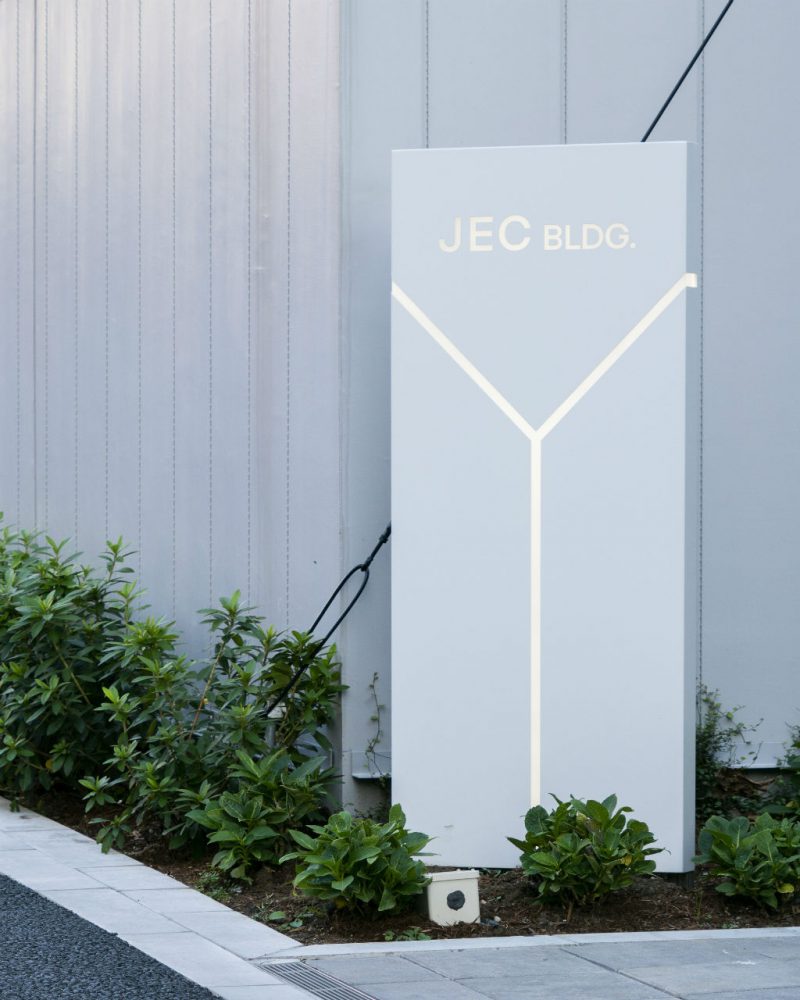 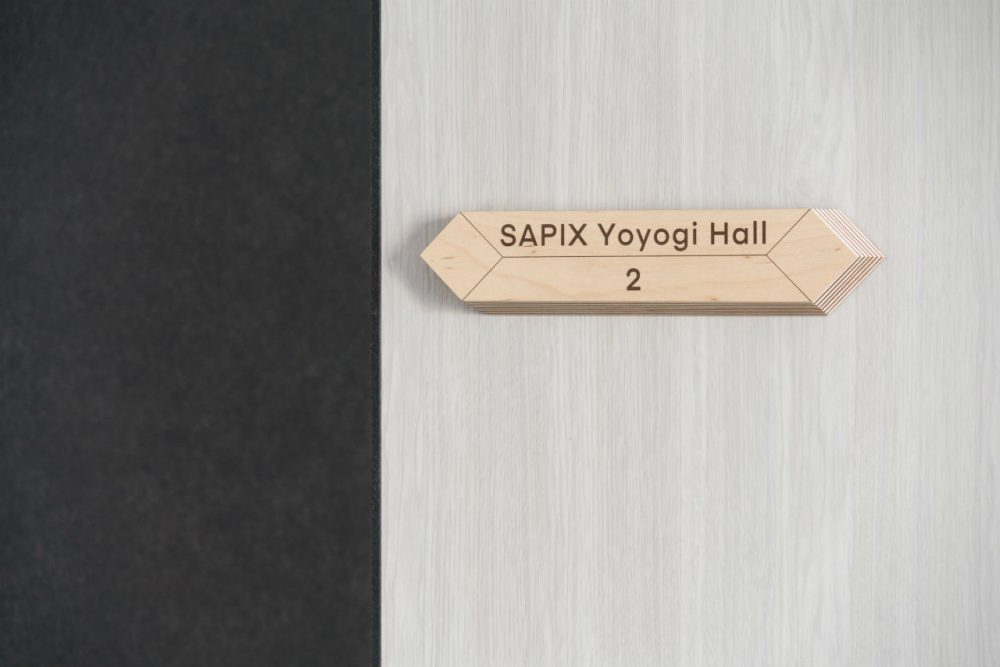