After converting a 23-year-old student dormitory, this hotel and apartment complex opened in April 2011.

Having gained popularity for the numerous artworks displayed under its concept of ‘capturing the current state of Kyoto’s ever-changing art and culture’, the hotel carried out further expansion works in 2016.

Embracing traditional Japanese styles as a new conceptual element, we re-examined the significance of the facility’s Kyoto location. At the same time, we also strengthened the focus on art. By inviting more than sixty artists of all ages to participate and displaying their artworks without embellishment, our approach revealed a new aspect in the enjoyment of art.

For the first-floor guest rooms, we created adjoining gardens that can also be enjoyed from the bathrooms, presenting Japanese-style gardens in a modern way.

(Project completed while at UDS) 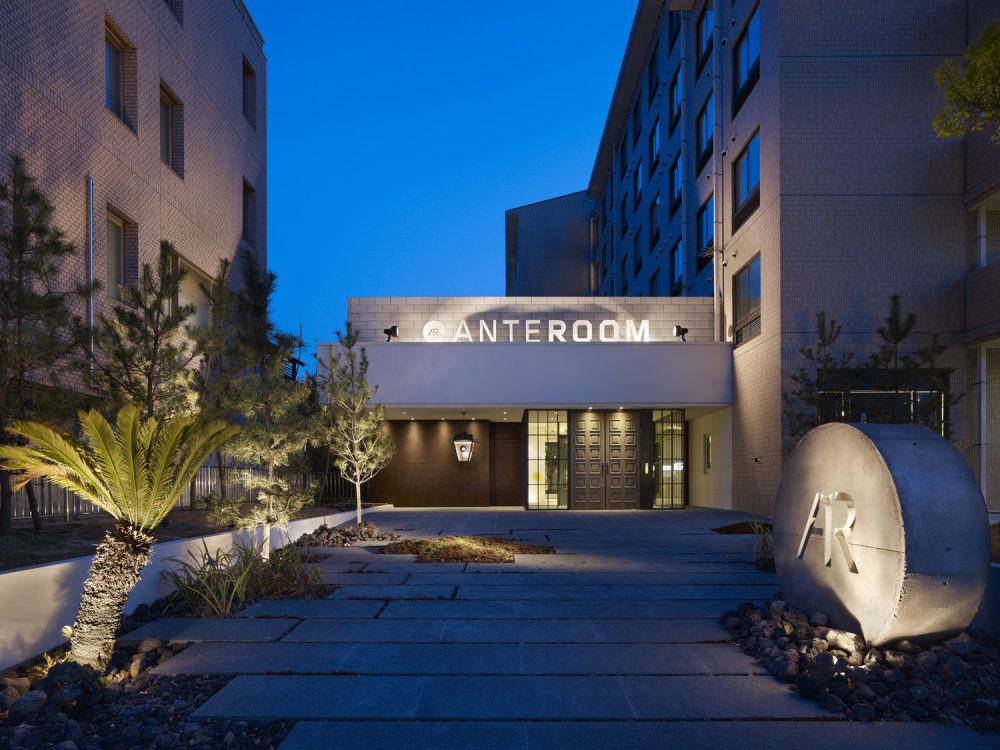 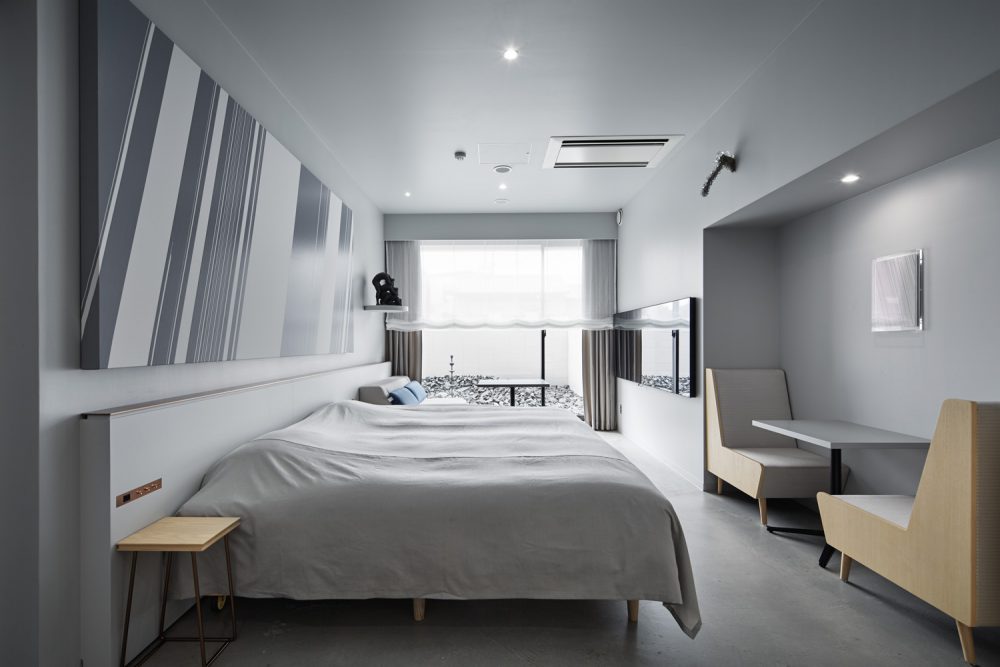 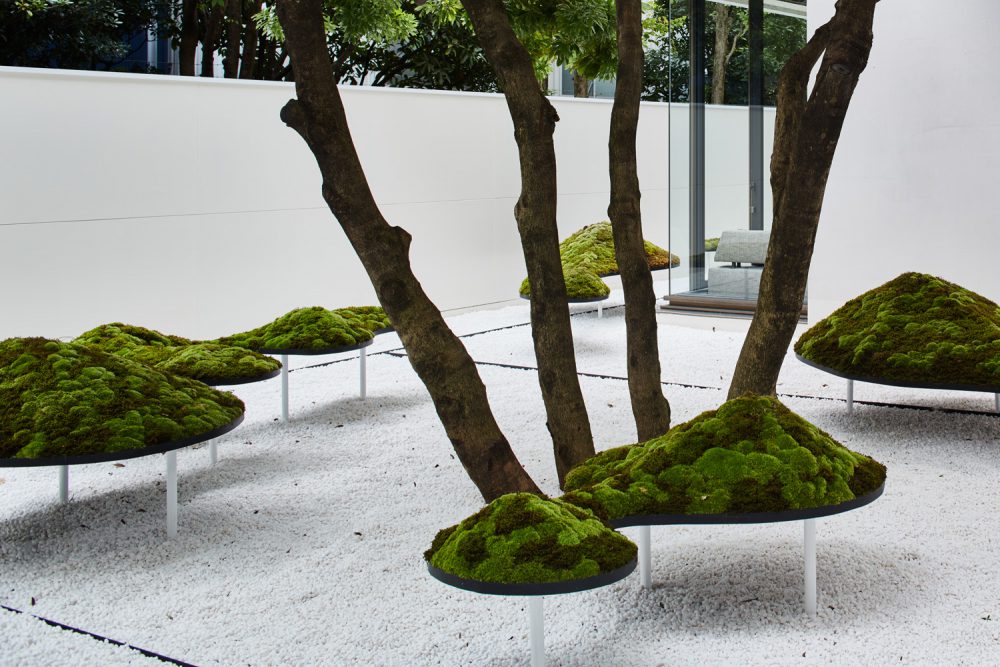 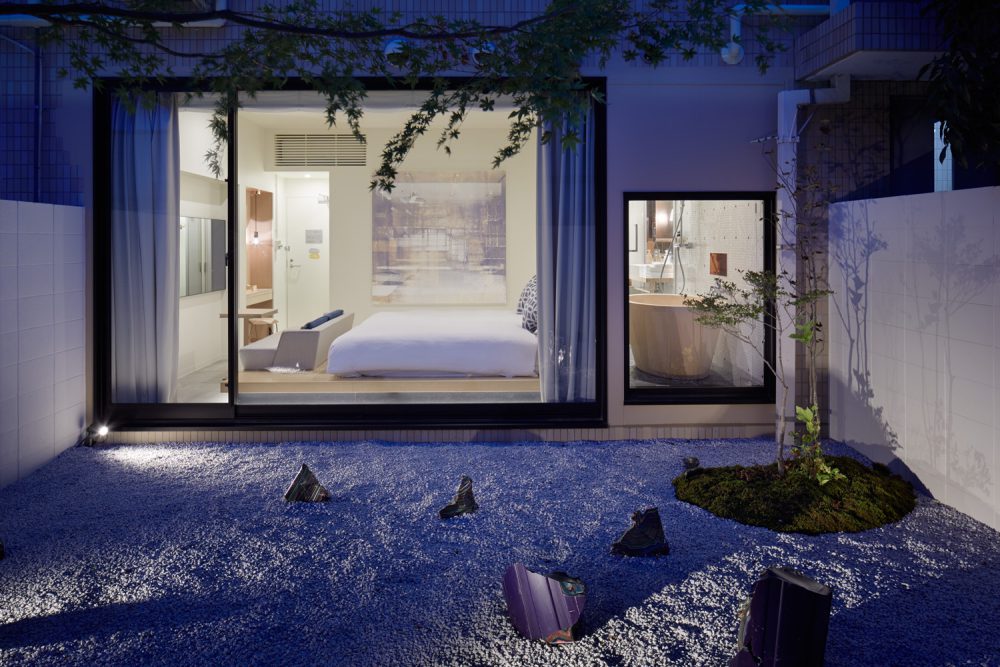 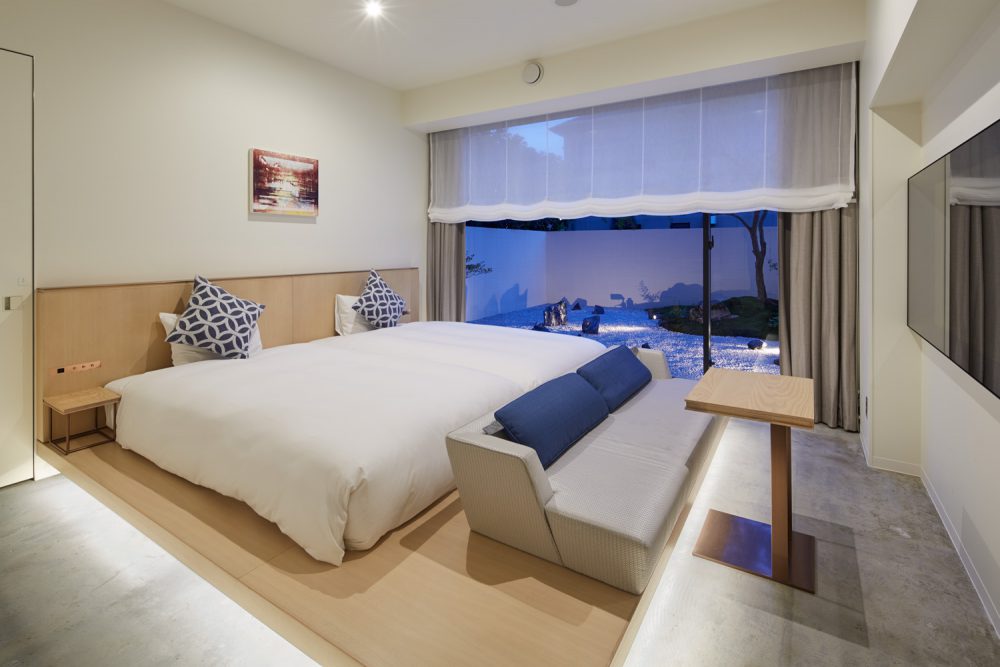 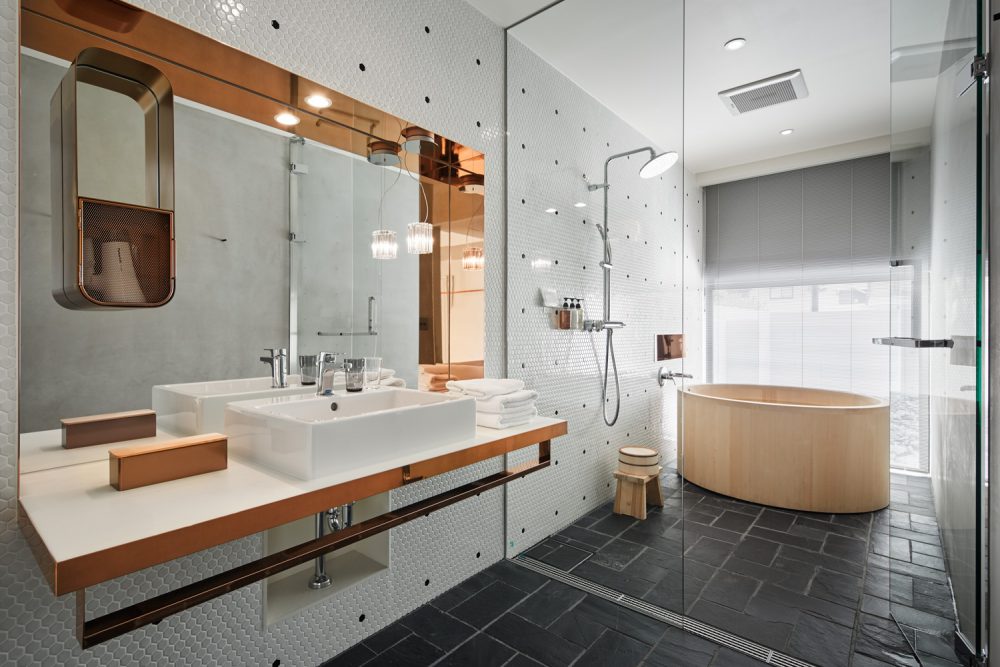 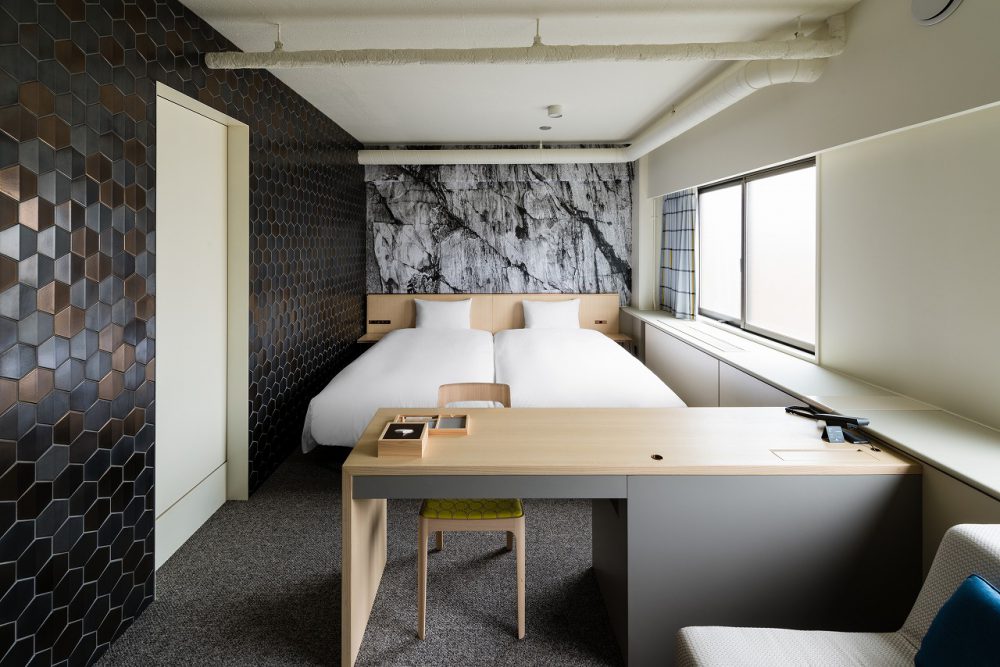 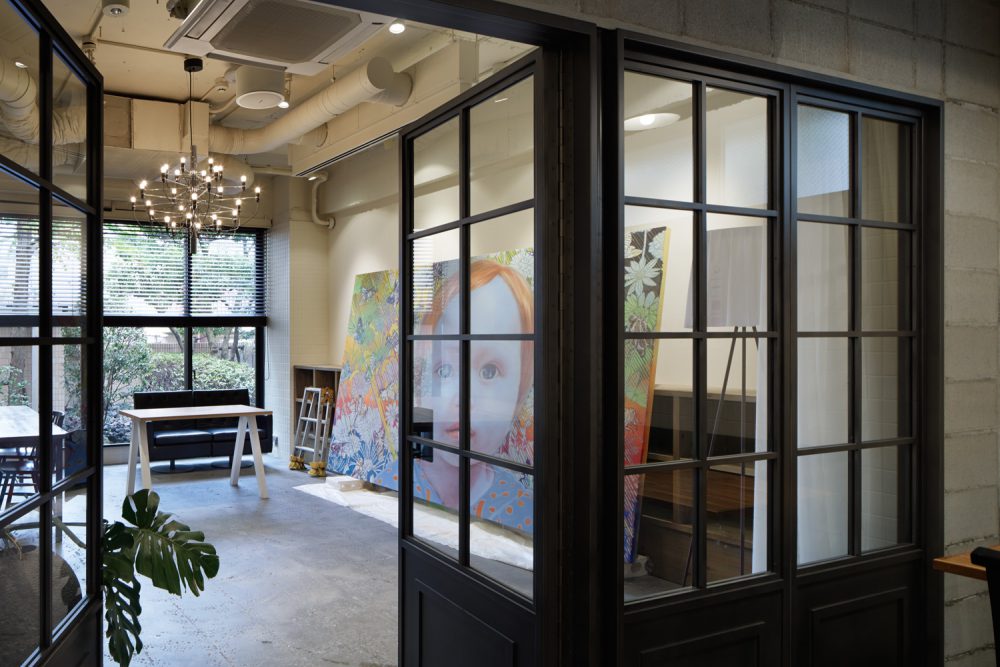 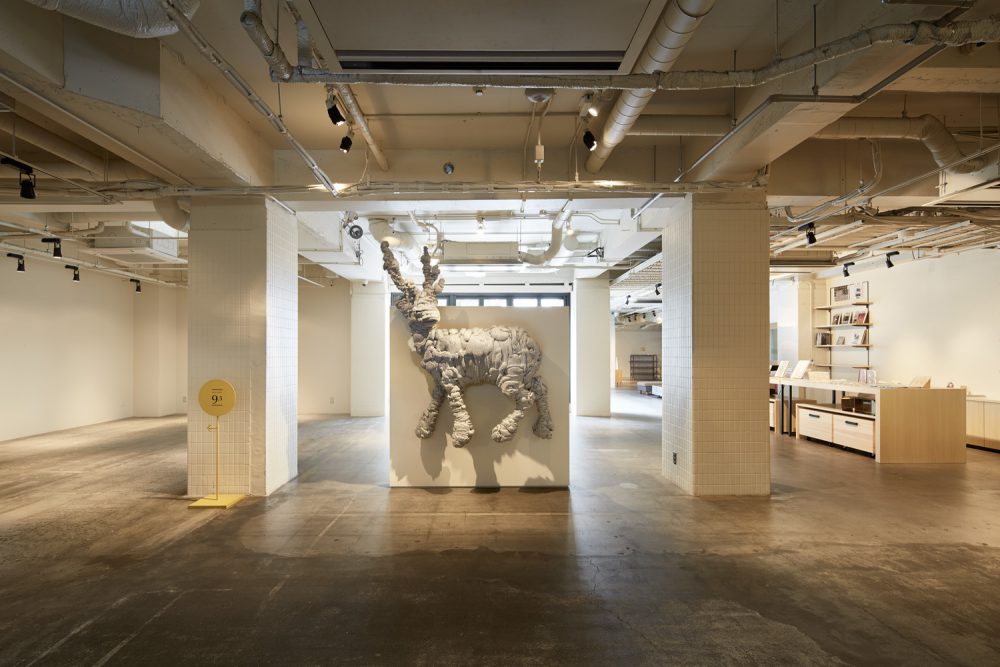 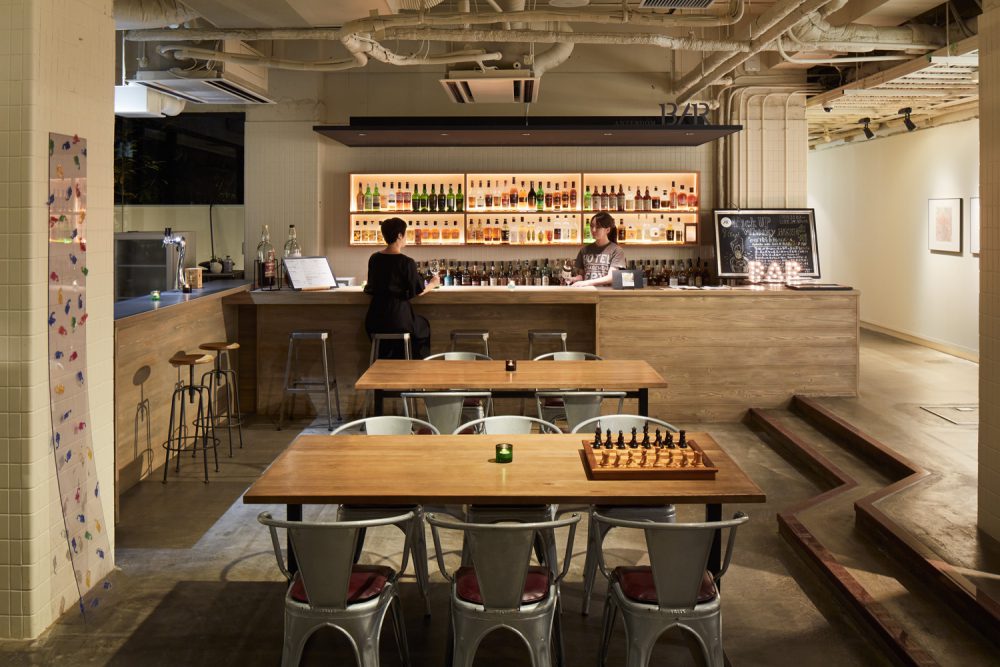