This project involved designing interiors and supervising the exterior design for a student dormitory built by a major developer.

Our design featured three buildings arranged on the triangular site, each with its own character and common areas overlooking a single central courtyard space. The large open facade of the cafeteria, which consisted of two levels linked by open ceilings, also faces out onto the courtyard, subtly bringing the shared spaces together.

The buildings’ exteriors are largely monotone, consisting of various-sized squares arranged into symmetrical grid designs. Gable walls provide accents in the form of intersecting lines inspired by the brand logo, expressed with two different types of tiling. We created the exterior from these two elements – clean-cut front facades, and gable walls that present varying aspects when viewed at different angles and times of day.

In the cafeteria, we created an iconic grand staircase, which gives the space more impact while also serving as a stage or benches. As an accent to the common areas, we added graphics on the beams and upper wall sections that face out onto the open ceiling. By using the same tiling for the floors of the cafeteria (staircase) and courtyard, as well as giving the pillars a mirror finish, we incorporated the ambiance of the courtyard into the building interior, producing a space with a more unified feel. 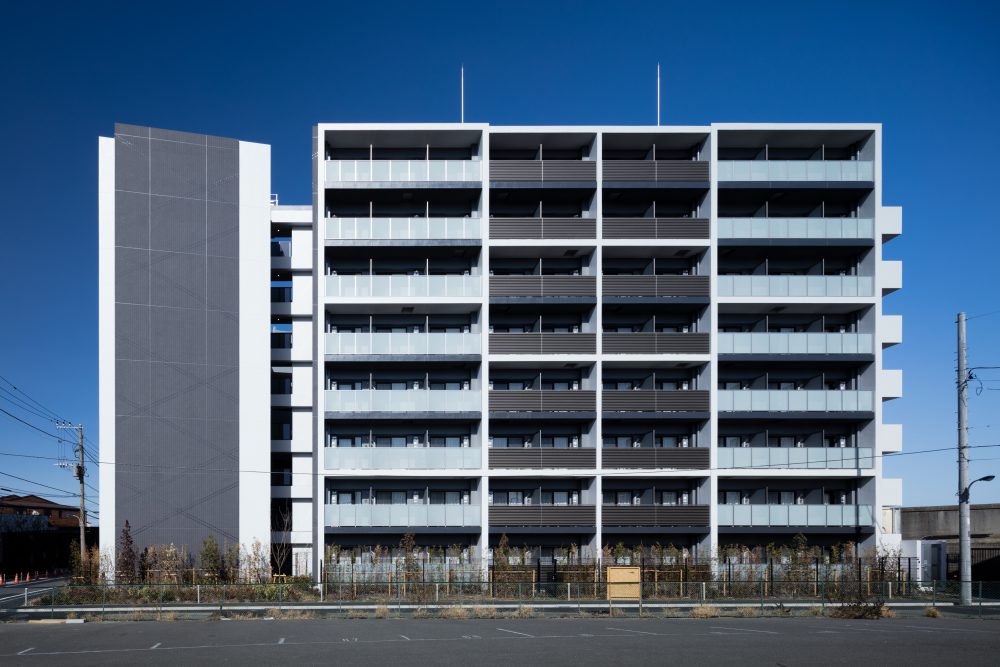 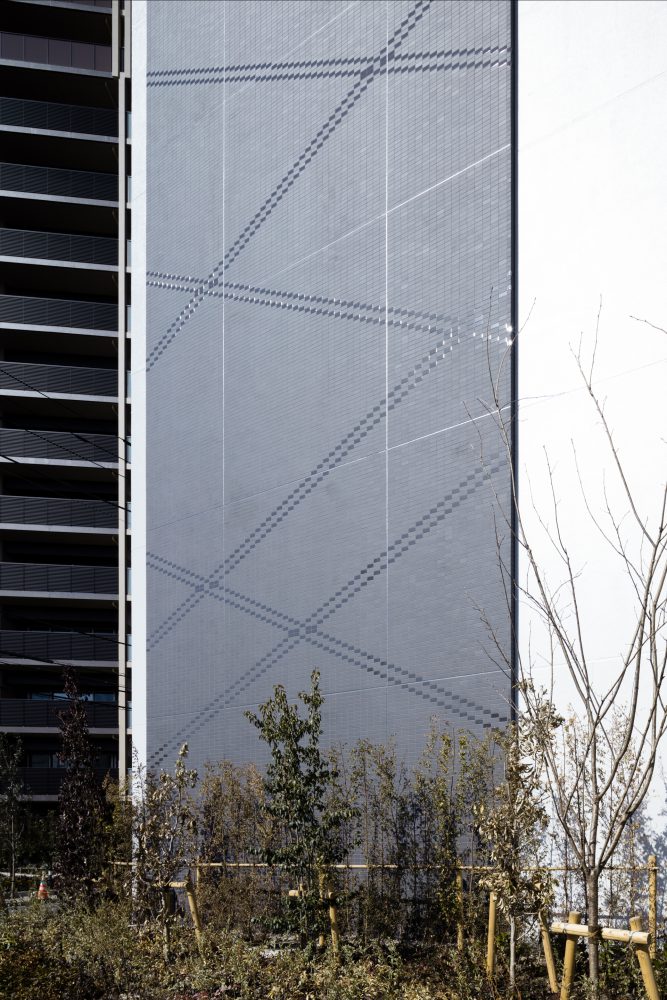 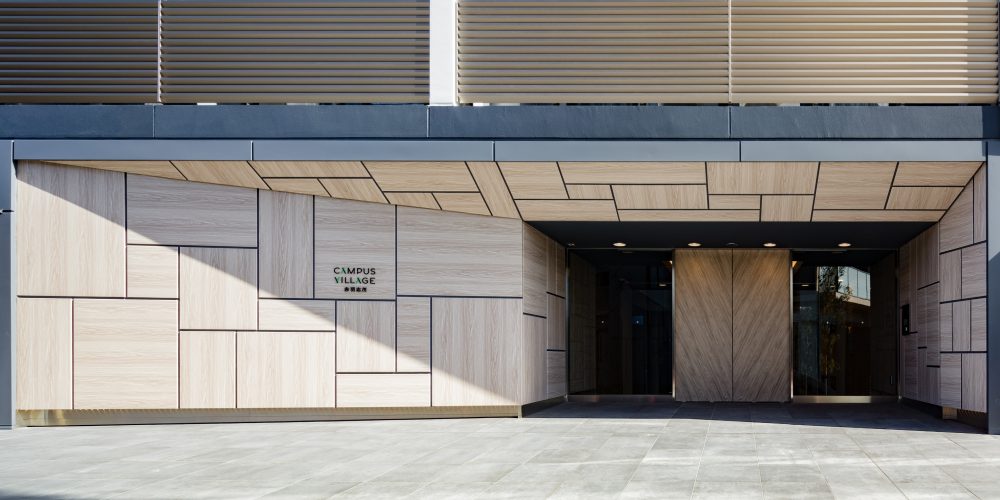 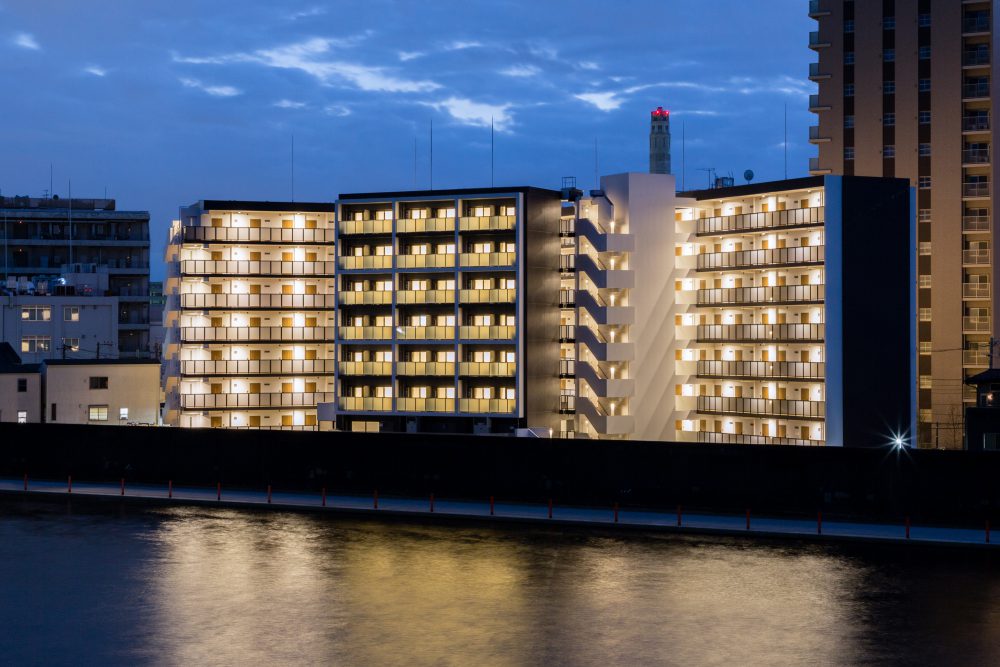 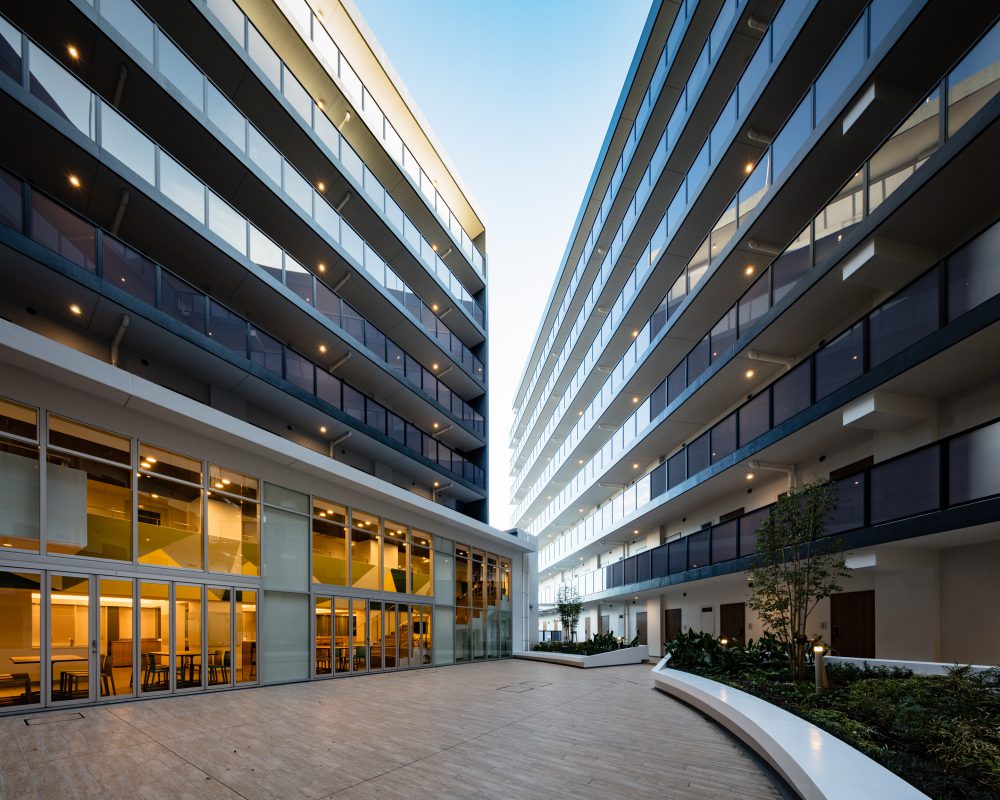 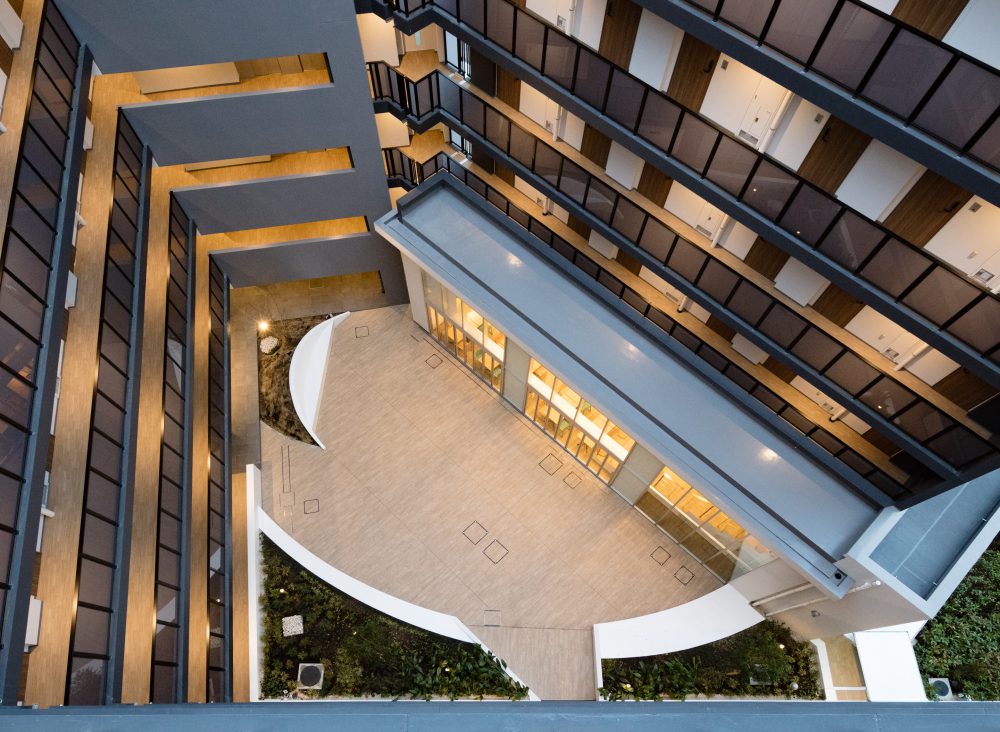 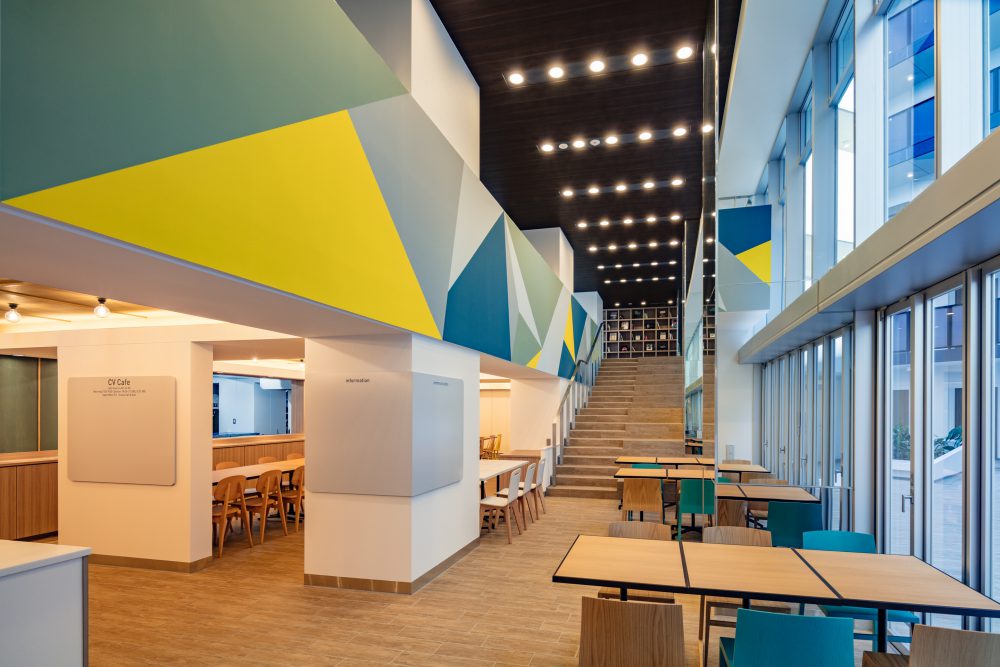 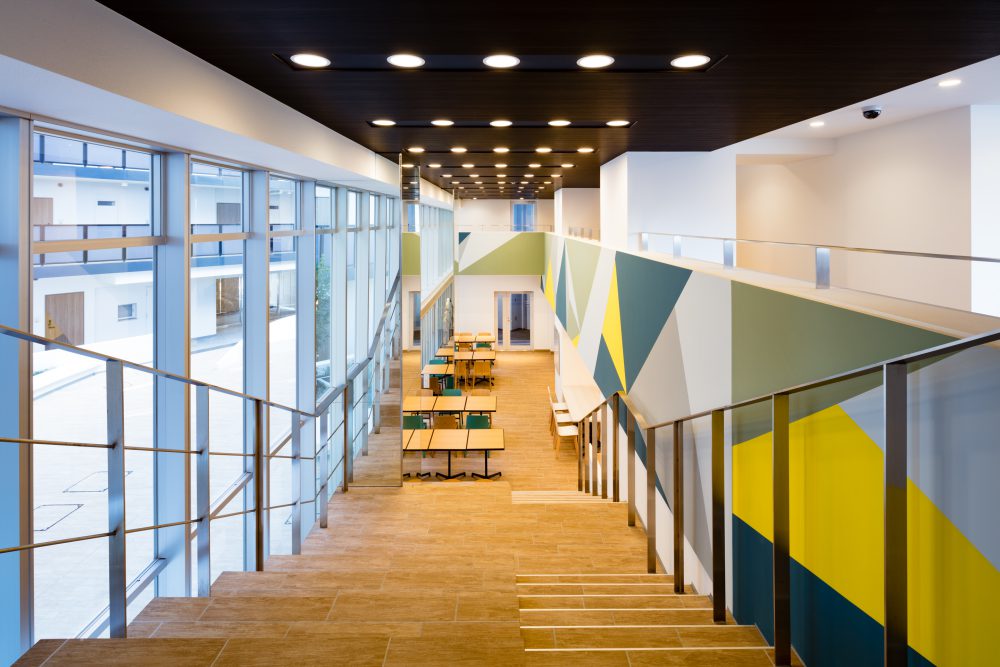 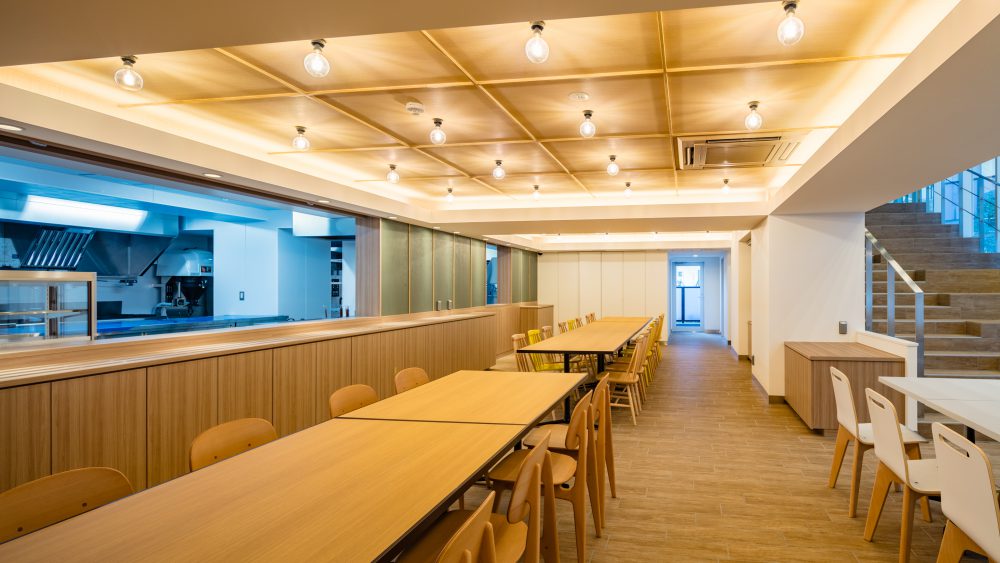 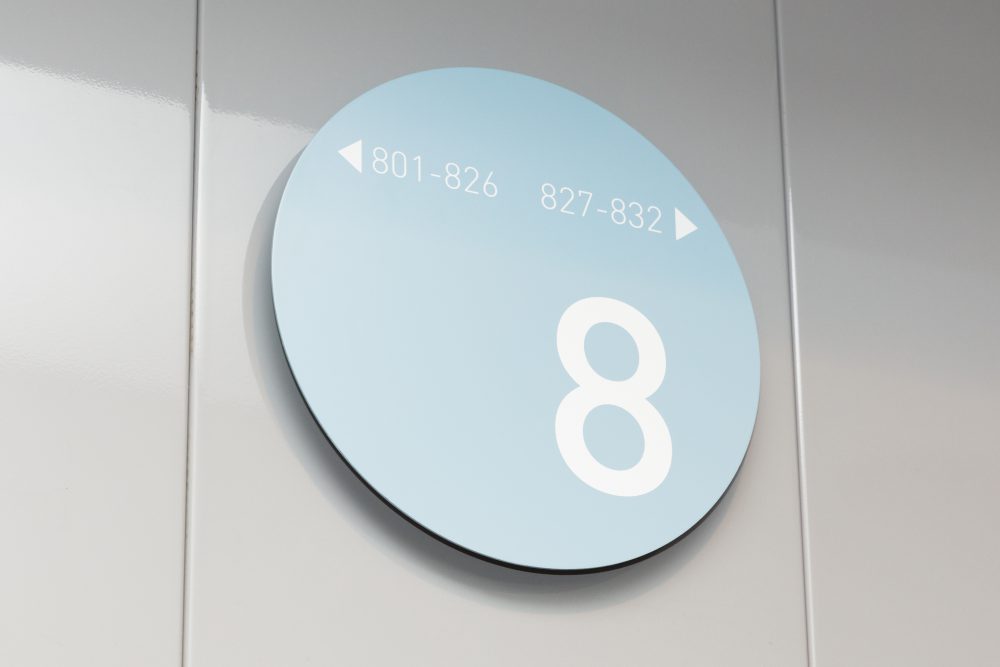